This is what happens when you "throw your hat over the fence" that backs onto the shores of the Puget Sound: 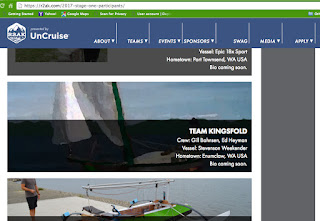 Posted by Gill Bahnsen at 9:41 PM No comments:

My Most-Favorite Roofing Job Ever!

In a younger life of mine, I worked as a roofer, installing torch down, cedar shakes, asphalt shingles, the basics on a variety of commercial and residential buildings. Now I can add wooden boat to the list, my boat. I did use a two-step ladder, not a 40 footer. And I didn't have to worry about the weather. It was also my first curved surface roof.

To install the roof this way, the hull sides must not already be attached. Also contrary to the plans and videos, I made a cardboard template by taking a 4' wide piece and stapling it down, centered, to the rafters and stringers. I trimmed the outside edges to the cabin, and traced the rafters and stringers onto the underside. After unstapling, I marked on the template where (and what length) screws would go. And cut out the area for the hatch opening.

I then placed the template on my 9mm plywood and traced the silhouette and transferred the screw locations. I drilled pilot holes for the center-line screw locations on the rafters and stringer at the front of the cabin. Aligning the plywood onto the rafters, I temporarily put in those three screws. I clamped the material as shown and drilled and screwed the remaining screws into place. Then I traced the rafters and stringers onto the underside of the roof piece so I would know where to apply epoxy on that surface.

While the clamps were still tight, I removed all the screws, clamps and plywood piece so I could prepare the joining surfaces for epoxying. At which point, I epoxied both the rafters/stringers and marked areas on the cabin ceiling surface. I used finish nails through the three (or more) central screw holes to initially align the roof in place on the rafters. As with the dry-fitting stage, I installed the three central screws, installed the clamps, and then the remaining screws, beginning with the aft rafter alternating side-to-side, the fore rafter, the stringers from the aft rafter area forward to the middle on both sides, then finally the aft edges to the top of the cabin bulkhead. 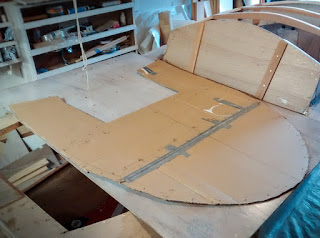 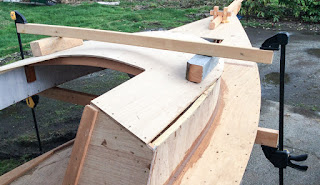 I discovered during the dry-fitting stage that the "two by" pieces need to be the same length. 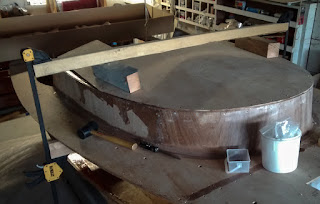 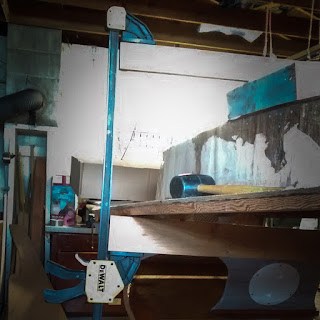 It is very important to include a small block (positioned as shown!) to protect the deck stringers, and deck, from damage. 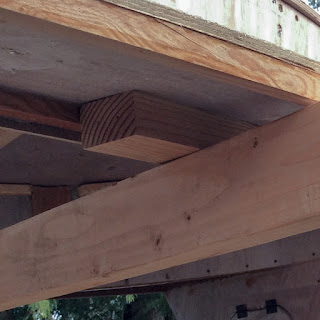 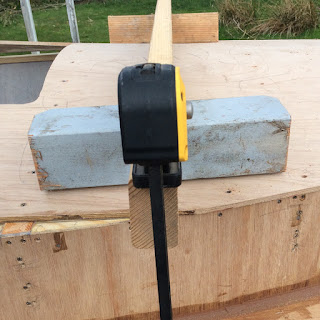 Make sure to size and position the 4"x4" blocks between the rafters, long enough that you can still drive in the screws.
Posted by Gill Bahnsen at 3:13 PM No comments:

Race to Alaska, here I come!

Entering the Race to Alaska has got to be the coolest adventure that was ever remotely in the realm of possibility for me. I will be sai... 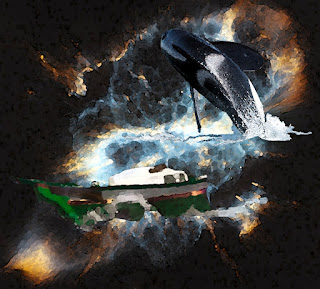